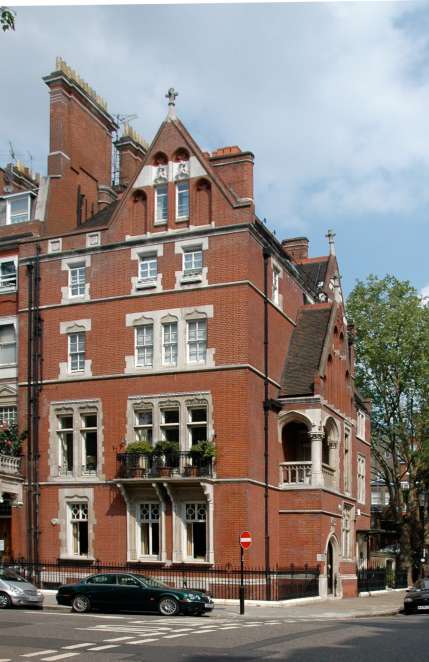 Westminster was and still is the political and religious center of London. Is where most government buildings, historical and cultural sites are.  Historically the name Westminster comes from the location of the original monastery, now the site of the current Abbey. I suggest to visit major sights on Saturday or better Sunday morning, for the area is very busy on week days. Main tube stations: Westminster, Victoria Station, St. James Park.

Westminster Abbey with a procession of Knights of the Bath, by Canaletto, 1749

TWO CHAIRMEN  39 Dartmouth Street. It was rebuilt in 1756 and the name relates to that time when people would be picked up in a sedan chair and carried by two men to their destination.  Good classic British food and drink.

SIMPSON’S IN THE STRAND   100 Strand. The restaurant is part of the Savoy Buildings, that also houses the famous Savoy Hotel. After a modest start in 1828 as a smoking room and soon afterwards as a coffee-house, Simpson’s-in-the-Strand has become one of London’s oldest traditional restaurants and has offered classic British dishes for over 170 years.

Simpson’s in the Strand

BUCKINGHAM PALACE    Originally known as Buckingham House, the building which forms the core of today’s palace was a large townhouse built for the Duke of Buckingham in 1705 on a site which had been in private ownership for at least 150 years.  Buckingham Palace has served as the official London residence of Britain’s sovereigns since 1837 and today is the administrative headquarters of the Monarch.  Although in use for the many official events and receptions held by The Queen, the State Rooms at Buckingham Palace are open to visitors every year.

WESTMINSTER ABBEY   The 700 year old building has been the coronation church since 1066 and is the final resting place of seventeen monarchs. The present church, begun by Henry III in 1245, is one of the most important Gothic buildings in the country

WESTMINSTER CATHEDRAL    42, Francis Street. The Cathedral site was originally known as Bulinga Fen and formed part of the marsh around Westminster. Was reclaimed by the Benedictine monks who were the builders and owners of Westminster Abbey.  In the 17th century a part of the land was sold by the Abbey for the construction of a prison which was demolished and replaced by an enlarged prison complex in 1834. The site was acquired by the Catholic Church in 1884. The Cathedral Church of Westminster, was designed in the Early Christian Byzantine style by the Victorian architect John Francis Bentley. The foundation stone was laid in 1895 and the fabric of the building was completed eight years later.

TATE BRITAIN   Millbank.  There is a boat, the Tate to Tate Boat that  runs between Tate Britain and Tate Modern every 40 minutes during gallery opening times, the ticket costs 5.50. You can take advantage of the ride to go from The City to Westminster by boat instead of walking. 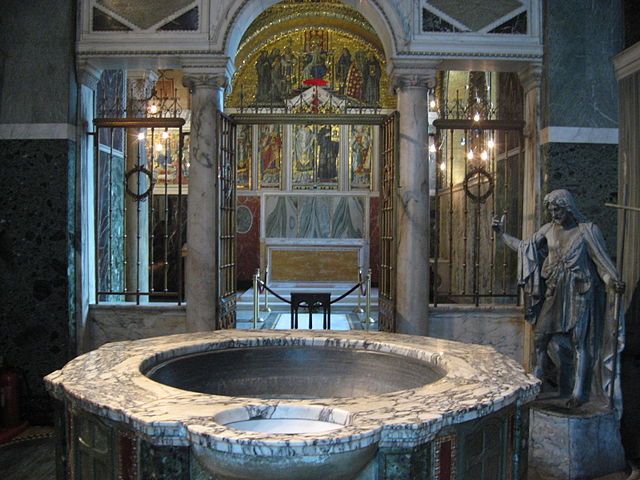 Belgravia is a discreet and charming neighbourhood home of the rich & famous, several embassies, politicians and old money families. Eaton Square, at the center of Belgravia around six private gardens, is one of the most prestigious and beautiful places to live in London.  Main tube stations: Sloane Square, Knightsbridge. 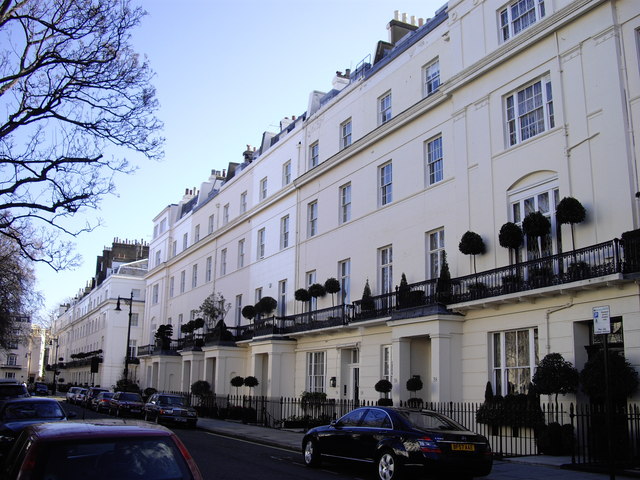 BELGRAVES HOTEL   20, Chesham Place.  The recently opened Belgraves, a Thompson Hotel, is in the heart of Belgravia, just ten minutes walk from the Knightsbridge are and Harrods. Rates from 229GBP for a double premium.

B+B CLASSIC BELGRAVIA  64-66 Ebury Street.  The B+B is a historic building with beautifully designed contemporary interiors.  Offers two choices of accommodation:  the B+B Belgravia offering bed & full English breakfast served in the breakfast room plus use of guest lounge and private garden and the STUDIOS@82, privately owned 4 star boutique accommodations. All 3 buildings are Grade II listed Georgian townhouses with six floors; there are no lifts.

THOMAS CUBITT  44 Elizabeth Street. Trendy pub and dining room.  Great place for a Sunday lunch, although it is hard to get a reservation.

ST. PETER’S CHURCH  East of Eaton Square, five-minute walk of Victoria Station.  The building is ranked as one of the most beautiful churches in London. St Peter’s Eaton Square has long been associated with musical excellence,  the Eaton Square Concerts  bring world-renowned musicians to London.

ST. PAULS KNIGHTSBRIDGE CHURCH   32a Wilton Place.  One of the most beautiful Victorian churches in London. The church is venue of three concerts a year performed by a choir of about 80 singers and an orchestra.

WALKING IN BELGRAVIA  This is a suggested walk through Belgravia, along Elizabeth Street, Motcomb Street and Pimlico Road there are a lot of stylish shops and restaurants, you will love it.

The area is defined as the southern part of the Royal Borough of Kensington and Chelsea. South Kensington was an undeveloped agricultural area supplying London with fruit and vegetables up until the mid-nineteenth century. Chelsea became a fashionable place to live for wealthy people in the 16th and 17th centuries. Following the Second World War, Chelsea became rather run down and poor. It became popular once again in the sixties as an artistic centre and Bohemian district, a cool hotspot for renowned musicians who owned homes in the area. The whole of the district has some of the most expensive residential property in the world  and is one of the most exclusive and attractive places to live in London. Tube stations: Knightsbridge  –  Sloane Square

THE PELHAM  15, Cromwell Place, South Kensington.  Five star boutique hotel in a great site.  The hotel has 51 rooms and suites, a library and a drawing room.  Rates from 157.50GBP Advanced Purchase, breakfast included.

NUMBER SIXTEEN    16 Sumner Place, South Kensington.  The Number Sixteen was recently named London Hotel of the Year by the Good Hotel Guide.  Some guest rooms have private courtyards overlooking the hotel’s English garden. Rates from 185GBP for a double, breakfast included.  Afternoon tea can be taken in the garden, conservatory, drawing-room or library and is served all day long. 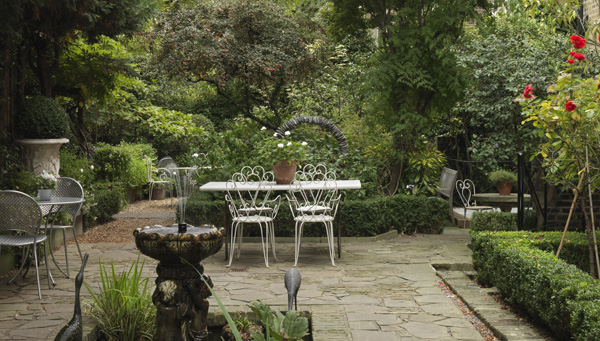 HARROD’S  In 1849 Harrod’s began as a grocery store, fruit and vegetables to be exact, so true to those beginnings the food halls of Harrods offer everything from a charcuterie bar, an oyster bar, a sushi bar to a tapas bar, the Laduree Tea Room and more.

BARTS  Somewhere in Sloane Avenue, Chelsea.  Hidden in a large 1930 apartment building you come to an imposing black door with a lantern.  There’s no sign, you have to knock a few times and they have to like your look.  Sounds like fun.

BUMPKIN  102 Old Brompton Road. A three-minute walk along the road from Harrods

HARROD’S     87-135 Brompton Road, Knightsbridge. The store has seven floors and 330 departments offering a wide range of products and services. This Store Guide will be very useful to plan your visit.

KING’S ROAD  One of the favourite shopping streets in London. The Anthropologie Store on 131-141 King’s Road is fantastic.

SLOANE STREET  Upper Sloane Street, close to Knightsbridge, is London’s most exclusive shopping street on a par with Bond Street.

RESIDENTIAL AREAS   Cadogan Square (a few blocks from Sloane Square) is one of the most desirable residential addresses in London. It is formed of a garden (restricted to residents) surrounded by red-brick houses and apartments. Hans Place, situated immediately south of Harrods in Chelsea, is another residential square which dates from 1770. Pont Street is a fashionable street in Knightsbridge

Secret Square  by the justified sinner

ROYAL ALBERT HALL  Kensington Gore.  The concert hall was opened by Queen Victoria in 1871, each year hosts more than 350 events as the Cirque du Soleil, performances of the English National Ballet, classical concerts, sports and many more.  The firs concert was performed on the 1 May, 1971.

SAATCHI GALLERY    Duke of York’s HQ, King’s Road. Gallery for contemporary art, presenting work by largely unseen young artists or by international artists whose work has been rarely or never exhibited in the UK.  Admission free.