It all began in Zurich in 1998.  That year, to promote art and commerce in the city, 812 fiberglass cows were “dressed” by many artists and exhibited in high-traffic areas: pedestrian and shopping streets, train stations, public parks , sidewalks. Due to the success of the event, cities like New York, London, Tokyo, Stockholm, Johannesburg, Prague, Chicago, Sydney, Monaco, to name a few, have all welcomed the CowParade and have met on each occasion a rousing success.

This year, after having toured the world, the Cow Parade cows settled on August 30th at the Place du Capitole in Toulouse.  50 Cow Parade cows are delivered in white, “sponsored” by companies in the Midi-Pyrénées region, involving local artists, famous and unknown, to decorate them. 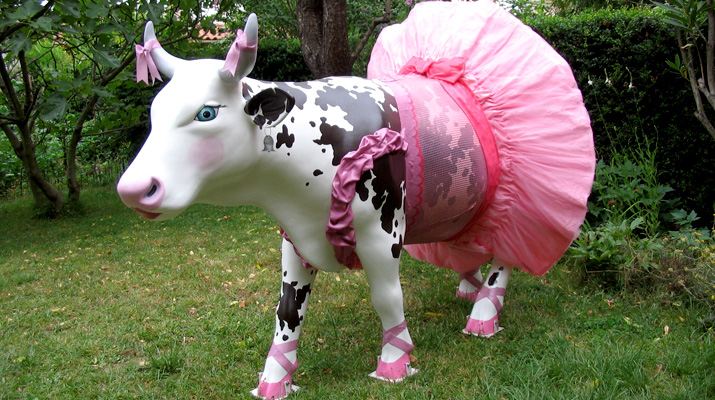 From September 3 to October 18 the cows will invade  the streets and public spaces of Toulouse and after exposure, on Thursday October 25, they will be auctioned at a charity soiree to raise funds for four different organizations.  Here is a map and a list that show the exact location of each work / cow in the city center of Toulouse. 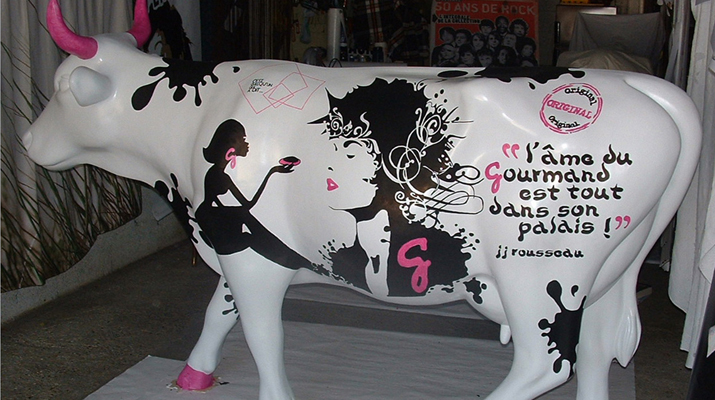 Toulouse, also called the pink city, is located 670km south of Paris, France.  You can enjoy walks along the pedestrian streets of the historic center of brick buildings, along the rue Saint-Rome or on the banks of the Garonne river. The city has a rich architecture of Renaissance palaces, churches and hidden courtyards in narrow streets.  The Place du Capitole, home of the Cow Parade exhibition, is the political, historical, and cultural heart of the city and the ideal starting point to discover Toulouse.  Next I leave some recommendations to enjoy your stay in this beautiful town. 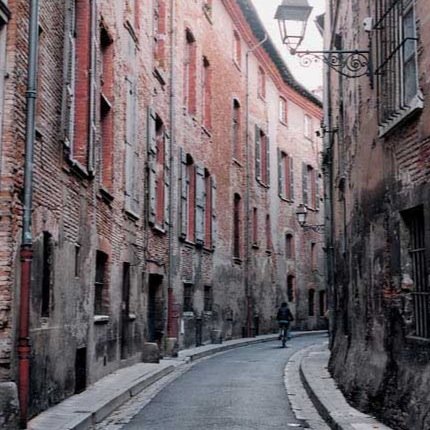 Le Grand Balcon  8-10, rue Romiguières. on the city center, overlooking the Place de Capitole. France Today has written a review  that is well worth reading. Rates from 170Euros.

Arquier  17, avenue des Pyrénées, Vigoulet-Auzil, 10km from Toulouse.  The “demeure” is at the end of a long driveway through a beautiful park. A beautiful and quiet place for those who prefer to stay in the countryside.  Rates from 95Euros.

Hotel Particulier, Toulouse  The merchants who became wealthy built mansions or hotels particuliers, a few of them still can be seen scattered throughout the city.  Image  Pistolero31

Le Florida   12, Place du Capitole, A charming bar and bistrot below the arches of the square.

Marche Victor Hugo  Any of the restaurants on the first floor of the market, Chez Attila is a good choice, offering regional dishes from local ingredients.