Morro de Sao Paulo is a picturesque village with sandy streets, wonderful beaches and lush tropical vegetation. Located 60 km south of Salvador, Morro de São Paulo is the largest town on the island of Tinharé and one of the most sought tropical destinations in Bahia, Brazil. Along with the neighboring island, Boipeba, which is highly recommended for those who love pure nature, forms a natural preservation area with clean sand, warm waters, Atlantic forest, mangroves and many beaches almost deserted.  What else can we ask to be isolated from the stress of work?

To reach Morro de Sao Paulo, you should fly to the city of Salvador, Bahia, Brazil.  Arriving the International Airport in Salvador  the fastest way is to take a direct flight to Morro de São Paulo, lasting about 25 minutes. Refer to the air taxi companies Addey or Aerostar, which we booked by mail. By plane is more expensive but is faster and you avoid dizziness that causes the catamaran trip. Each company lands in a different place: the Addey in the Third Beach, the Aerostar in the Fourth Beach and more convenient for those staying in the Fourth Beach or the Playa do Encanto. The Aerostar also offers free transportation to the Second Beach, near the village of Morro de Sao Paulo. The weight limit for luggage is 15kg.  The only vehicles allowed on the island are tractors (jardineiras) and buggies belonging to the inns. Otherwise, you will have to move on foot, by drawn carriage or on horseback.

From the Marine Terminal, which is opposite the Mercado Modelo in Salvador, depart daily Catamarans which make the path Salvador / Morro de São Paulo.  The sailing time is about two hours. Refer to Catamaras Biotur or to Transporte Maritimo Ilha Bela.

The high season runs from December to March, low season, from April to July. During May and July rains a bit more and is not so crowded, the temperature decreases somewhat, especially at night, but the weather is good. From late November to early March is high season, is full of people and is not advisable to travel at that time. I believe the best months are March, April, August, September, October and early November. We went in September.

BEACHES
There are five. Is important to check the tide table, normally the tide starts to drop at 5 pm and rises at 11a.m. the next day.

The first beach is that of the town and more urbanized.

The second is that of more movement, here is the Pousada Villa das Pedras.  There are several inns, restaurants, bars and small shops, the town is at 400m, 5m walk. 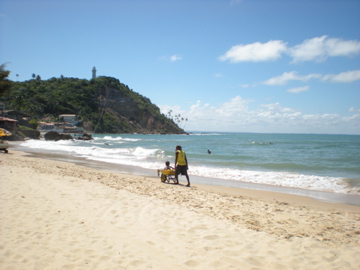 The third beach, 1km from the village on foot, is the one most affected by the tides and serves over expressway into the fourth.

The fourth beach is among the ten most beautiful in Brazil. It has a few lodges amid palm trees and natural pools, the town is 2km walk.

The fifth, also called Praia do Encanto, is the most quiet and is 6 km from town.

VILLA DAS PEDRAS    Pousada Villa das Pedras is located on the seafront in the 2nd beach, one of the best spots on the island. There are 24 suites with independent balconies with hammocks.  The pool overlooks the ocean. The hotel provides transfers.

ANIMA HOTEL   At Praia do Encanto, far from the village to go walking, especially at night, but ideal for doing nothing. 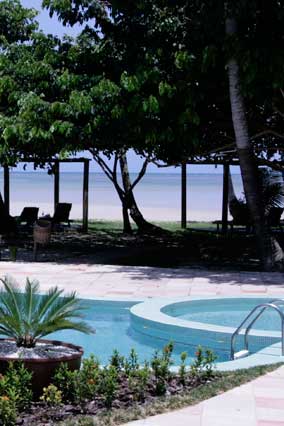 MINHA LOUCA PAIXAO   Located in the third beach, not next to the water and the beach is not as good, but it is within walking distance of the second beach and the fourth.

CONVENTO DO CARMO  Rua do Carmo, 1  Pelourinho, Bahia.  One of the nicest hotels in Bahia. built in 1586, is located in the historical centre of the city of Bahia, in what was the first convent of the Order of Carmelite Friars.  The Pestana Convento do Carmo has 60 apartments and 19 suites, including a Master Suite.  Rates from R$372.

ZANK HOTEL    Rua Alm Barroso, 161 – Rio Vermelho, Bahia, 8 km from the historic cenre of  town.  Rio Vermelho is a neighborhood that is not prominent for its beaches but is full of bars of all types and sizes, and has been transformed in recent years in a great bohemian spot. The hotel has sixteen apartments, an infinity pool, wet sauna, free Wi Fi and parking.  Rates from R$500.

CATUSSABA RESORT HOTEL Alameda da Praia – Itapuã.   Half an hour from the Historic Centre, in front of Itapuã Beach one of the most beautiful and famous of Brazil, the resort is excellent if you wanna do beach in Bahia.  We stayed there some years ago, is a good hotel, the rooms are nice and all have balconies.

The gastronomic offer is varied, from typical Bahiana cuisine to Italian restaurants and pizzerias or even a French creperie.  These are my favourites.

OH LA LA  French bakery and creperie, located at the end of the main street of the village, down to the beaches. A rustic restaurant in a warm atmosphere.

PONTO DO ENCONTRO   Camino da Praia s/n.  The eatery also serves as an art gallery, the tables are illuminated by recycled candles. The dishes have two prices – for one or two people. Serves grilled dishes (fish with rice and vegetables in soy sauce, chicken ravioli) and vegetarian dishes (vegetable lasagna with four cheeses, spaghetti bolognese with soy). Also serves pizza.

EL SITIO  Caminho da Praia s/n.  Grilled dishes (steak, salmon, lobster) with or without sauces for one or two people. Almost every dish is served with a tasty fried rice with garlic.

BAR DAS PISCINAS  At the beginning of the Fourth Beach, the restaurant provides a pause that refreshes your walk. Before or after, you can replenish your energy with a crab dip, a fried fish, a prawn or lobster.  Sand tables are plastic; inside, wooden (tthe second floor is particularly nice). Closed at night.

KARAPITANGUI  Hotel, bar and restaurant on the Playa Encanto, good lobster or fish for two.  Located 30 minutes away from the town.

MARIA MATA MOURO   Rua da Ordem Terceira, Pelourinho, Bahia.  Open from 12am to 1am. Ask for a table  in the courtyard, a charming small garden with a water fountain and soft music.  The menu consists of delicacies like pasta, seafood and tasty regional foods and meats. 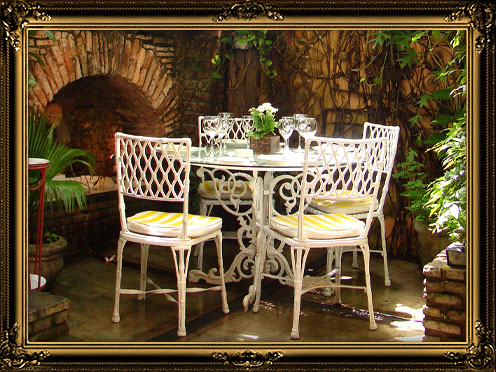