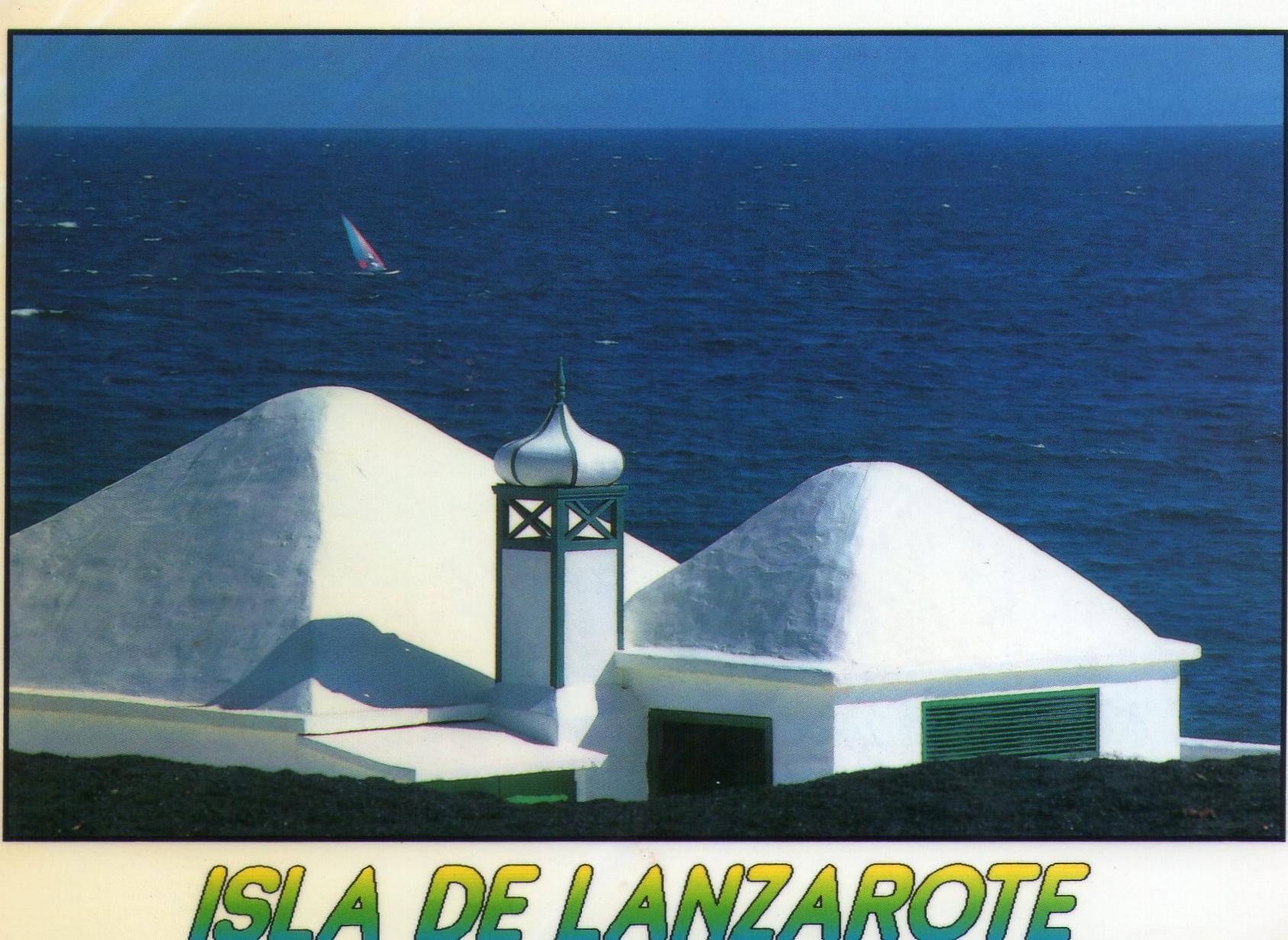 There are many historical documentary chronicles describing the volcanic phenomena that occurred on the island of Lanzarote. Undoubtedly, the best known is the story of the priest of Yaiza Don Andrés Lorenzo Curbelo who tells:

“The first day of September, 1730, between nine and ten in the evening, the earth suddenly opened near Timanfaya, two leagues of Yaiza. On the first night a huge mountain lift up from the heart of the earth and flames continued to burn for nineteen days”.

This was the start of a series of spectacular eruptions which then continued, with some intervals of rest, for more than five years, from 1730 to 1736. This long eruptive process, one of the most important and spectacular in the volcanic history of the Earth, drastically changed the morphology of the island virtually burying a quarter of the same under a thick layer of lava and ashes. 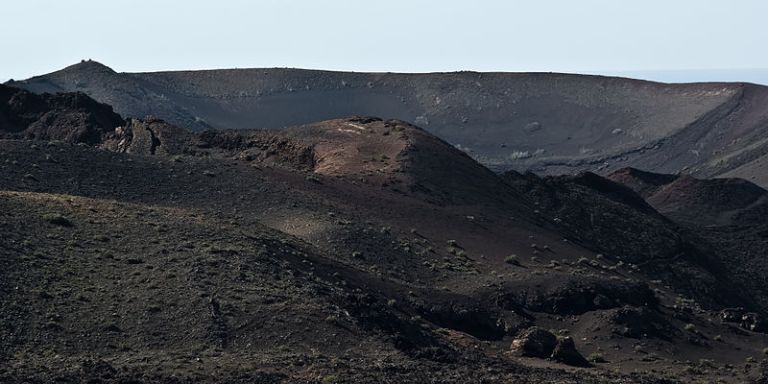 My first day in Lanzarote was very disappointing. And the second also. We were greeted by a wind that looked like it would not stop blowing ever, so much that, as we flew over the island, the plane was shaking from side to side. Apparently this is quite common, there is nothing to worry about. Finally we landed safely and we met our longtime friend, Rafael, who lives on the island.  On the way from the airport to our hotel in Costa Teguise I realized that this island has no green areas, no grass, no trees, so different from the landscapes to which I’m used to. I thought: this is not going to like me. So much so, that I started to figure out how to get out as fast as possible from that place and catch a plane to Ibiza. Big mistake, was one of my best trips and would return without hesitation

Lanzarote is a volcanic island, part of the archipelago of the Canary Islands, located 140 km off the north coast of Africa in the Atlantic Ocean.  Is a small island of about 800m2 and  only 55km in length, which can be easily covered by car. Most of its surface is a moon landscape,  rural architecture is unique, as the houses have almost no windows to the outside due to intense wind blowing permanently on the island. Its colors are black on the surface, deep blue in the sky and the sea, the houses are bright white with doors and wooden shutters painted in green or blue.

Cesar Manrique   In any place of Spain has been saved both a landscape and its architecture as has been done in the outstanding island of Lanzarote.  This has been possible thanks to the selfless work of the artist Cesar Manrique. His concern was to keep the landscape, environment and architecture of the island. According to him, “any place on earth without a strong tradition, no personality and not enough poetic atmosphere is doomed to die”. The César Manrique Foundation is located in the studio-home that the artist lived in, situated in Taro de Tahiche (Lanzarote).

The island is easy to get around, I advise grabbing a map and delimit the different areas.

Before choosing accommodation, it is important to decide where you want to set your base.  If what you want is a beach area, Lanzarote offers beaches of all kinds, white sand, black sand, quiet waters or suitable for the practice of surf or windsurf. I really liked Playa Blanca, although it is far to the south is a very nice place and as the island is small, so you can make road trips to visit other areas.  Two other good choices are Puerto del Carmen and Costa Teguise.

Casa del Embajador  C/ La Tegala, 56 | Playa Blanca.  This is a small family run hotel, overlooking the strait of La Bocaina and the Bay of Playa Blanca.  Has  twelve double rooms and one suite and direct access to the sea descending the lava steps to the beaches that are on each side of the house. Rates from 160 to 200 Euros.

Natural Retreats   Playa Blanca.  Luxury self-catering villas.  These are beautifully designed 4 bedroom villas with private pool, at the foot of the Montana Roja, just 3km outside the main town and beaches of Playa Blanca.

Hotel Villa Vik  Playa del Cable, Arrecife.  Elegant villa in the residential area of ​​Playa del Cable in Lanzarote, a few minutes away across the promenade you reach Arrecife, the capital, and Playa Honda, which offers all services.  Rates from 414 Euros.

Finca La Florida  El Parral, San Bartolome.  Rural hotel surrounded by 15.000 m2 of vineyards and situated 12 Km from Famara, the most important beach of the north coast of Lanzarote, on a small hill called El Islote and close to la Geria.  Doubles from 70 Euros.

Gran Melia Salinas  Costa Teguise. Between two sandy beaches in a quiet part of the resort of Costa Teguise on the north-east coast. This is a good base for exploring the island by car, with several Manrique attractions a short drive away.  Cesar Manrique designed the gardens and pool. Rates from 188 Euros for a classic room breakfast included.

Lanzarote’s cuisine is notable for the wide variety of fish.  Among other specialties, wine and cheese are two products very often found.   As for wine, there is a Designation of Origin Lanzarote, which is a guarantee for quality, and as for the cheese it is customary to keep them with paprika, which gives them a peculiar orange appearance.  Meats are of good quality, the most popular meats are goat and suckling pig, both prepared roasted.  The most typical dish are the “papas arrugas” (wrinkled potatoes).  Boiled potatoes that take a wrinkled appearance after cooked and a touch of salt. They are usually accompanied with a sauce called “mojo picon”. 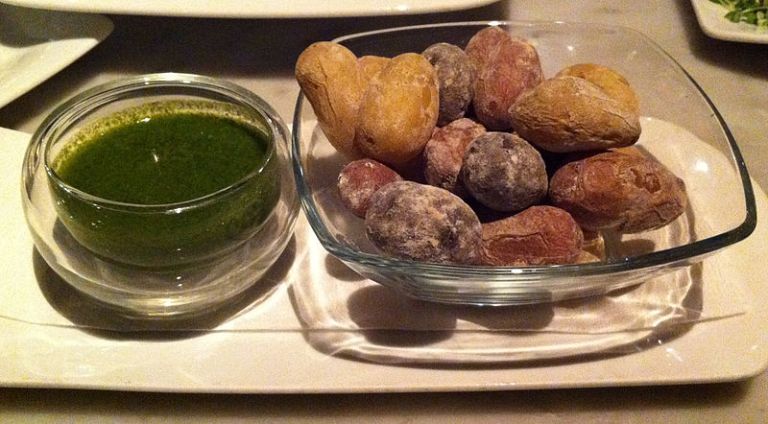 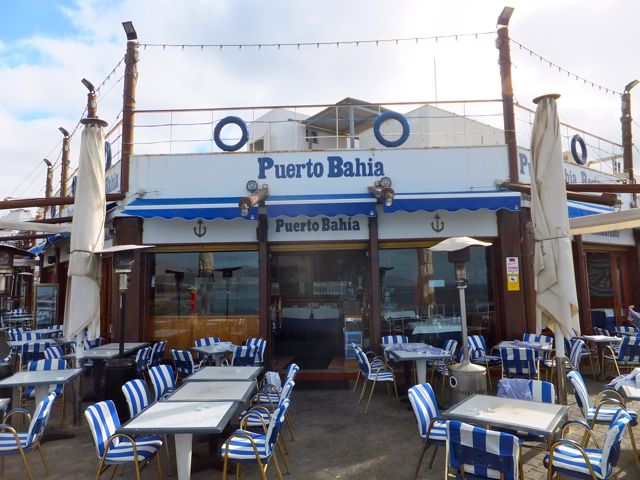 Pelayin  Calle Miguel de Unamuno, 3.  Arrecife.  A restaurant located in the heart of the old town of Arrecife, a short walk from the main street and its magnificent marina. The house specialty is the rich Asturian cuisine and tapas, stews, pasta and rice dishes, meats, Iberian pork and fish.

La Lapa     El Golfo, Yaiza.  Avenida Maritima El Golfo, 8.  It is one of the first restaurants at the entrance of the village.   Has a very nice terrace facing the sea, its specialties are fresh fish and island cuisine.

you can’t miss it! 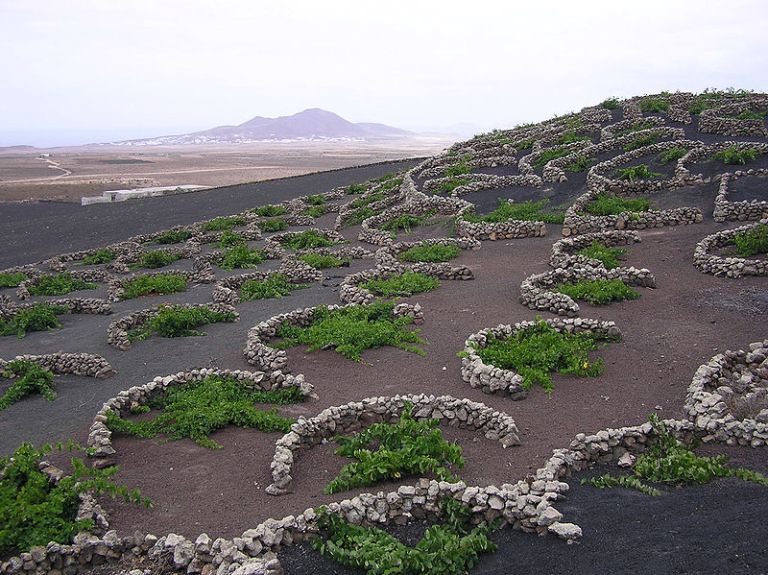 The protected area of La Geria covers the center of the island, the municipalities of Tinajo, Yaiza, Tias, San Bartolomé and Teguise. Is a protected area in which the traditional agricultural landscape has remained unchanged.  The vines are grown in pits dug in the black earth soil, protected from the wind by semicircular walls of volcanic rocks (zocos), probably the only ones in the world able to conserve soil moisture.  Other crops such are also planted in the same way.

The Echadero de los Camellos in Parque Nacional de Timanfaya is easy to find, it’s on the main road from Yaiza LZ-67 as you approach the visitor attraction. Simply turn into the large car park when you arrive where you can see the camels lined up and waiting patiently for their next passengers.

Timanfaya National Park is located west of the island. There are more than 5,000 hectares of land of volcanoes, which is the closest thing to a walk on the lunar surface you can imagine. The Route of the Volcanoes was designed to give a complete sample of Timanfaya to visitors, without damaging the habitat. You are not allowed to wander freely around the Park, the close and careful road that runs through the heart of the park was designed to cause the least impact, allowing you to see the most significant areas but only through the guides and bus service.

The area and the village remained surrounded by lava from the volcanic eruptions from 1730 to 1736. The village of El Golfo is one of the most charming towns of Lanzarote, with its small houses, its narrow streets and boats on the black sand is a great place to enjoy good seafood at reasonable prices while admiring beautiful sunsets

The island can be divided into three areas: north, central and south. In the north you can not miss the villages of Punta Mujeres, Haria -in the valley of one thousand palms-, Teguise and the Cactus Garden on the road to Mala. In the center of the island visit San Bartolome which was a place of refuge for the villagers from the attacks of pirates.  Also visit the villages of Tao, Tiagua and Nazareth. Between Tao and Tiagua is the Sanctuary of the Virgen de los Dolores.  In the south lie the villages of Yaiza and Tias, both  offer nice views of traditional architecture 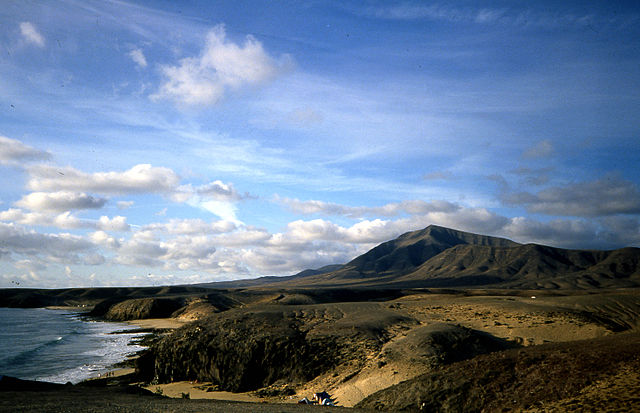 Two kilometers of pristine beaches and golden sands, separated by high lava rock promontories, located southeast of the island.  Access is easy, it is possible to drive to the beach itself, being secluded beaches,  have few services. The beach called Punta de Papagayo is the prettiest of all, a horseshoe-shaped cove, with calm waters and almost no wind.  To get there, follow the signs PLAYAS PAPAGAYO, you will drive along and across dirt roads that go from one side to other, without any indication, just follow the dirt road and soon you’ll find various signs indicating the various beaches and coves 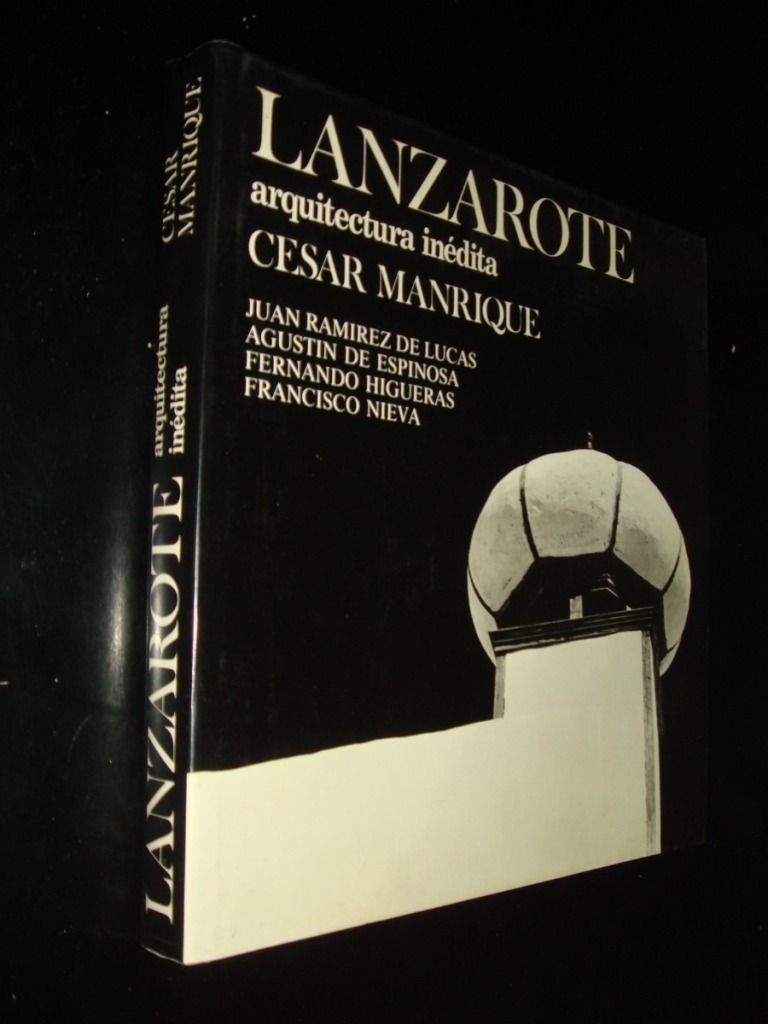 2 thoughts on “The magic of Lanzarote”